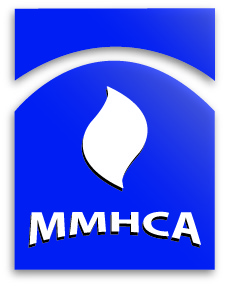 This is great news for Counselors in Michigan!

Yesterday, the House of Representatives approved S. 785, sending a major VA mental health and counseling bill to President Trump for signature.  The bill is the most significant new legislation for the counseling profession in over a decade and a tremendous advancement for mental health counselors working for the federal government, and particularly the Department of Veterans Affairs.

S. 785, the Commander John Scott Hannon Veterans Mental Health Care Improvement Act of 2019, also takes several steps to increase the hiring, training, and advancement of mental health counselors within the Department of Veterans Affairs (VA). The bill requires the Comptroller General of the United States to prepare a study on staffing levels of mental health counselors and marriage and family therapists. The study will identify “impediments to carry out the education, training, and hiring of mental health counselors and marriage and family therapists”, as well as a “description of the objectives, goals, and timing of the Department with respect to increasing the representation of such counselors and therapists.” The bill also creates scholarships for counselors interested in working for the VA Readjustment Counseling Program.AMHCA lobbying firm, Bergman Strategies, worked closely with Members and staff from the Senate and House Veterans Affairs Committees to develop and advance this important legislation. AMHCA was the only counseling organization to help shepherd this bill through both chambers, but partnered with the American Association for Marriage and Family Therapy / California Association of Marriage and Family Therapists.

S. 785 was introduced by Senators Jon Tester (D-MT) and Jerry Moran (R-KS), the Ranking Member and Chairman of the Senate Veterans Affairs Committee (SVAC). These Senators are long-term champions for increased recognition of mental health counselors, Senator Moran having introduced the original House bill that opened the VA to the profession in 2006. The SVAC passed the bill in December 2019, but the bill really started to gain steam when it passed the Senate on August 5, 2020.

AMHCA and AAMFT/CAMFT lobbyists had been working with the House Veteran Affairs Committee (HVAC) on companion legislation, but efforts intensified after Senate passage. Representative Jahana Hayes (D-CT) introduced H.R. 8145 on September 1, a standalone bill that matched the counselor components in S. 785. The legislation was included in a September 10 hearing and September 17 markup. House Veterans Affairs Committee Chairman Mark Takano (D-CA) and his staff showed strong commitment to the counselor legislation and ensured that it was maintained throughout the process.

S. 785 will be sent to President Trump for signature. The legislation requires creation of the counselor Occupational Series within one year from enactment. There is no timeframe for the Comptroller report on VA staffing, but it must be reported to the House and Senate Committees within 90 days of completion.